Either quit or put a dent in the universe. 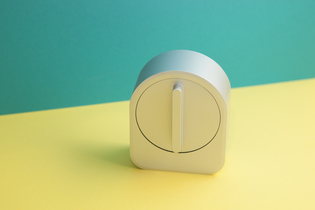 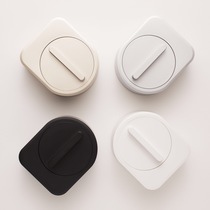 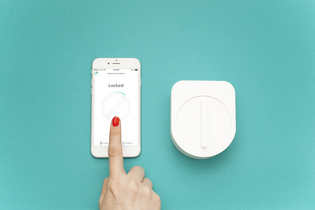 About CANDY HOUSE, Inc.
Our flagship product, Sesame smart lock was created by two Stanford grad students who were tired of carrying (and losing) their keys.

As engineers, they were used to solving problems, so they put their knowledge to use. The mechanical engineer built a robot that could unlock the door, and the software engineer built an app to communicate with it. They were thrilled when it worked. Instead of fumbling to find their keys, all they had to do was take out their smartphones and the smart lock would unlock the door for them. They had mastered the magic Ali Baba knew – the power to open a door with something as simple as “open sesame.”

And thus Sesame was born.

They realized that they couldn't be the only people who would rather keep their keys in their smartphones, so they decided to share their invention with the world. In 2015, they launched a Kickstarter to see who else might be interested in having a Sesame smart lock, and the response was overwhelming – they far exceeded even their stretch goals. The answer was clear: people wanted their own Sesame smart lock.

But the story doesn't end with the Sesame smart lock. It's only the first of many robots CANDY HOUSE will bring to the world; and, like Sesame, every robot designed by CANDY HOUSE will inspire a minimalist yet joyful lifestyle by both improving your life and evoking a sense of magic and wonder. Our passion is creating innovative robots that capture curiosity and imagination, and our dream is for every visitor to CANDY HOUSE to be filled with the same joy as a kid in a candy store.

CANDY HOUSE, Inc. is dedicated to developing products that change and improve everyday lifestyle. We cultivate an open communications work environment where all of our employees can contribute ideas to every aspect of our business. Here we embrace diversity and individuality. We respect each employee's work style and rhythm while nurturing easy and delightful team interactions.

We'd like to invite you to join us and be part of this growing family!

1. Work in Silicon Valley headquarter or in Tokyo Division up to 6 months per year.
2. Overseas employee outing once a year.
3. Life Insurance, Medical Insurance, Pension holiday, Vacation. Meet all requirements by Taiwan government.